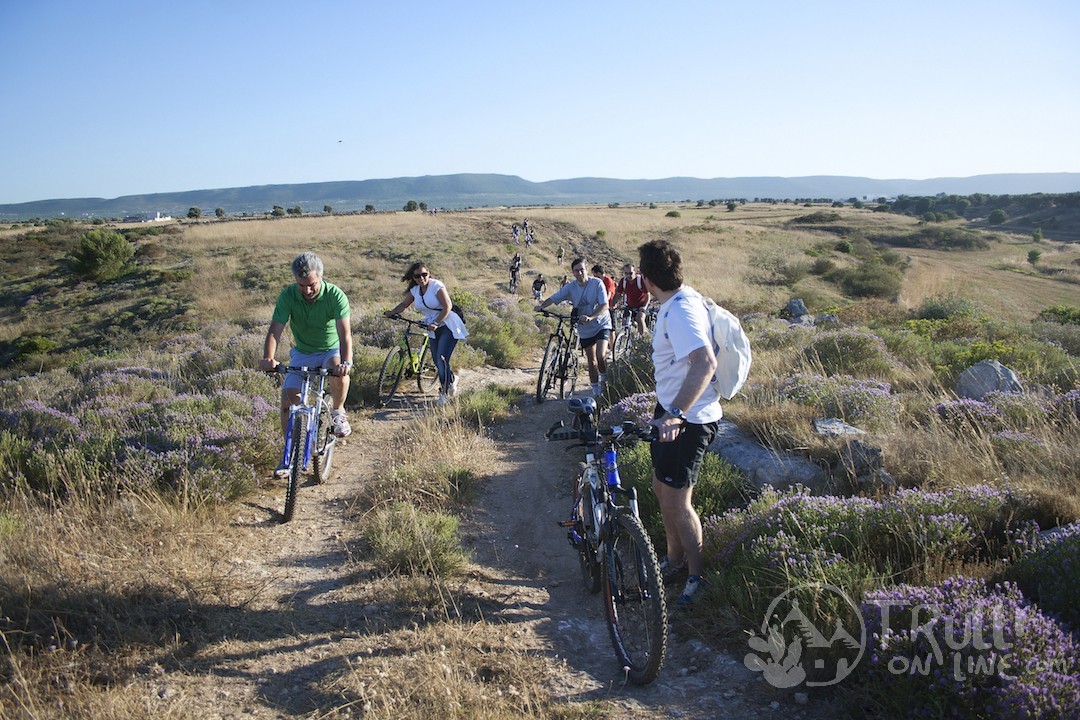 Here in Puglia is an almost uncontaminated place running from Torre Canne through to Torre San Leonardo, midway between Ostuni and Fasano.

The Dune Costiere Regional Nature Park is full of environmental diversity: from the sea, proceeding inland, we first reach the dunes, then the wetlands, the fossil dunes, the lama valleys and the ancient olive groves. This is the perfect place for nature lovers to go on walks or bike rides, enjoy the landscape and be enchanted by the many species of birds that live here. And during one hike, my friends and I met 17-year-old Marco, who told us all about the place where he lives.

The Fiume Morelli wetland area, just inland from the sand dunes behind the Park’s beaches, has some ponds with fishing facilities. The Morelli river itself is fed by a number of different springs, he kindly informs us. Its waters are slightly saline and acidic.

The fish farming we do here means fishing for eels and grey mullet but only in December, when guided tours are arranged to raise awareness of the need for sustainable fishing.

This enchanting landscape boasts some rather majestic ancient olive trees, as old as the Via Traiana, a Roman highroad dating back to the 2nd century AD, which runs the length of the Olivetan valley, past ancient Egnatia, and all the way down to the columns at the Roman port of Brundisium, or Brindisi as it is known today.

The ancient olive grove is a semi-natural environment that has remained intact, an evocative landscape enriched by magnificent oak trees picturesquely set among dry stone walls.

“Hoopoes and Marsh Harriers are just two of the Mediterranean bird species found here, while the night-time is enlivened by the calls of Barn and Little Owls”. And he curls his lips into a whistle that sounds very like a quail. We clap delightedly. “In the summer, there will be Goldfinches, Quails and Swifts”, as well as specialities such as Fan-tailed Warblers and Corn Buntings, he carries on happily.

One of the most characteristic parts of the landscape are dry river valleys known as lame, traces of ancient watercourses, such as the one close to Masseria Pezza Caldara, once used as a tufa rock quarry.

These lama valleys are full of caves containing finds from ancient cave-dwelling civilizations, such as underground oil mills and sheepfolds, overlooked by beautiful fortified masserias protected by a tower at each of its four corners. And we were even more amazed when he took us to see some of the caves, with all the authenticity of someone whose knowledge comes from playing there as a child.

There are also numerous places of worship, such as the 12th century Church of St. Peter, inside Masseria Ottava Grande, which has traces of frescoes based on Orthodox iconography. “This is where my family and I live every summer”, he reveals.

Particular mention should be made of the Dolmen di Montalbano, a megalithic monument dating back to the Late Stone Age, which stands in the Pisco Marano district.

The Via Traiana made it possible to transport olive oil to commercial ports in the Salento peninsula such as Gallipoli, which explains why there are so many oil mills along the way; after falling into disuse for many years, these mills have now been brought back to their former glory, visited by tourists looking to make the most of every single excursion, in an emotional exchange with Mother Nature.

As I look at this charming young man, Marco, who has willingly given up some of his time to share a piece of his beautiful Puglia with us, I know I’m happy to be here. 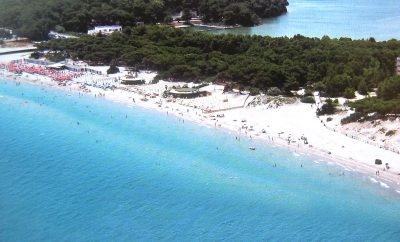 The beauty of the Alimini La...
A beach of fine white sand in Puglia? On the edge of the Laghi Alimini, that’s one of the best ...
Category: Destinations and Itineraries 0
We use cookies to track usage and preferences. If you keep on browsing this site, you agree with our cookies policy. Read more about cookiesOK
Privacy & Cookies Policy