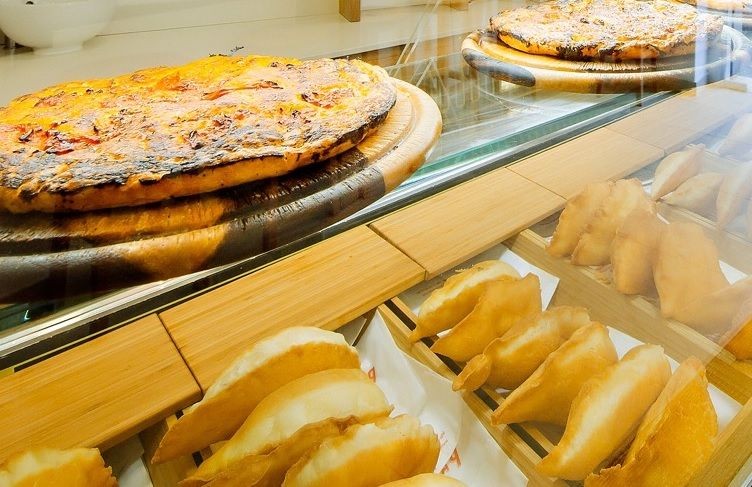 The typical Apulian dish known as Focaccia may be much loved by visitors but it is the Apulians themselves who have made it into an icon: we will eat it at any time of the day, sometimes along with mortadella and provolone cheese.

Throughout Apulia there are top-quality bakeries making different types, with or without potato, following the traditional recipe or with various toppings, but however it’s made focaccia pugliese is unmissable, a treat which many families also make at home.

That is why every Sunday Angela carries out the same ritual. She gets up at five in the morning and, even before she has her cup of coffee, puts everything she needs on the table, and then begins to knead the flour because, as her husband puts it, Sunday isn’t Sunday if there’s no focaccia on the table.

With a kilo of flour, half a cube of brewer’s yeast, a pinch of salt, two medium-sized boiled potatoes and what she calls water of the sun, i.e. freshly heated water, Angela kneads the dough with all the love that an Apulian housewife puts into the food she makes. She does it to please her husband, and because she’s proud of the way her hands move – stretching, folding and sprinkling in the flour, as she used to watch her grandmother do when she was a child. Spellbound, she would watch wide-eyed as every time her grandmother would turn a cone of flour into a soft plump cushion smelling of yeast and flavour.

The first thing everyone notices is the fragrance of focaccia in the oven, an unmistakable aroma that fills the nostrils and delights the palate even before we get it in our hands.

In the afternoon, we see Angela kneading for the second time on the same day, because in the evening there’s going to be a party with deep-fried panzerotti.

For all Apulians, these are synonymous with hospitality, an opportunity to gather together and enjoy life’s little pleasures in company. Panzerotti are half moons of leavened dough, traditionally filled with mozzarella and tomato, but they can also be filled with minced meat, turnip tops and anchovies or – for the most daring of palates – with ricotta forte, a creamy yet extra strongly-flavoured cow’s milk cheese produced in this region.

Even though Angela often used to make them in the past, nowadays, ever since her children got married, they make the perfect excuse for inviting them round on a Sunday evening, while her grandchildren scream and play around the house and enjoy munching on Grandma Angela’s panzerotti.

That golden dough in the shape of a smile, bursting with the delicious flavours of stretchy mozzarella and the boiling hot tomato that risks burning the less cautious eater’s tongue, while the children blow on the tips of their panzerotto, imitating a country brass band as they march down the corridor, deaf to grandma Angela’s pleas to come and sit up at the table.

Potato focaccia and deep-fried panzerotti are an excellent reason to come to Puglia and experience its most typical traditional flavours.