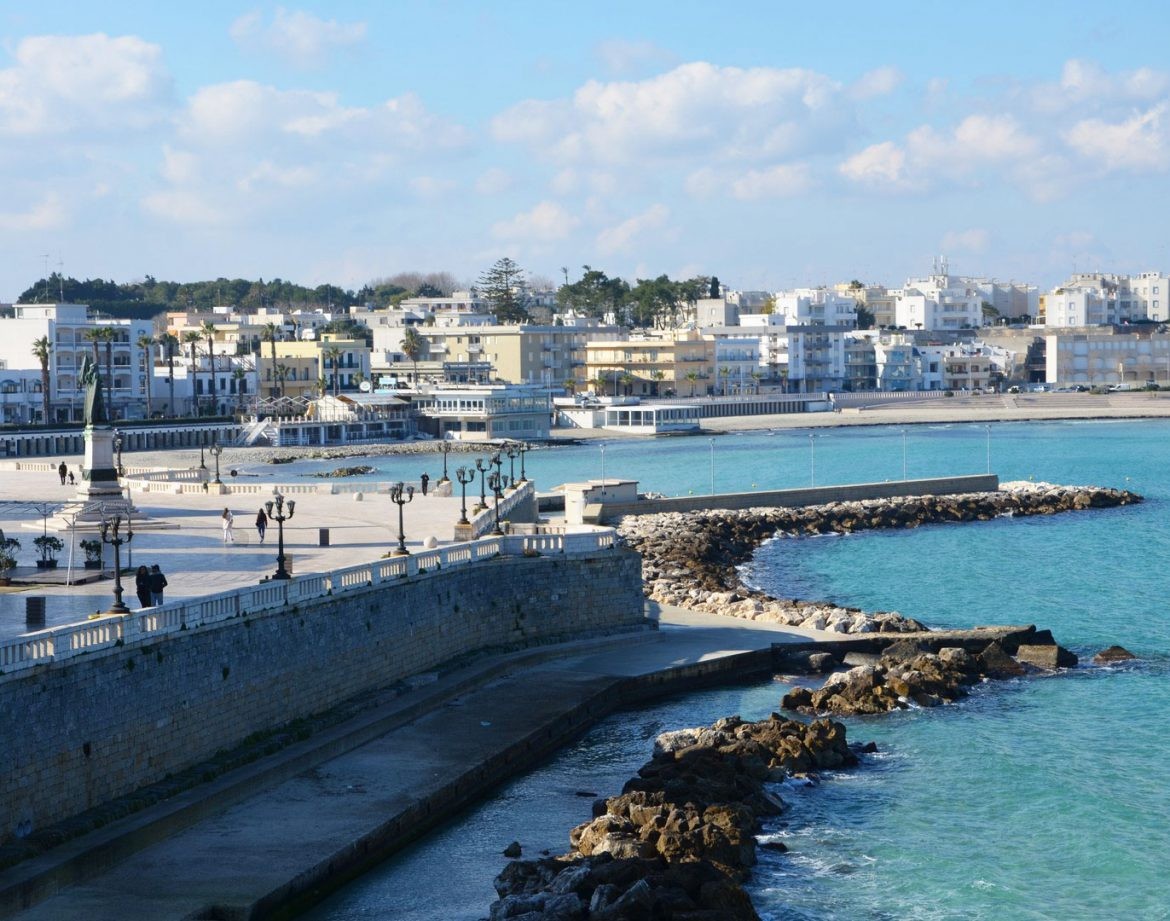 Otranto is the easternmost tip of Puglia, straddling the Adriatic Sea like a bridge between East and West, which has made it a beautiful little town brimming over with history and culture.

Today is Miriam’s birthday, so my treat is to take her to visit a beautiful southern Italian town.

I glance over to her every now and then as I drive – she’s engrossed, contemplating the roadside fields: she likes to take each day as it comes, and asks for nothing more. That’s why I love her, because she knows how to live every moment in life to the full.

I want to show her the Tree of Life inside the Church of Santa Maria Annunziata – she’s going to love it.

It’s the most famous floor mosaic in the Western world. Created by a monk of Greek origin, it provides a complete overview of mediaeval history and culture. An imaginary world of religious symbolism and the Old Testament, which attracts scholars and laymen alike. 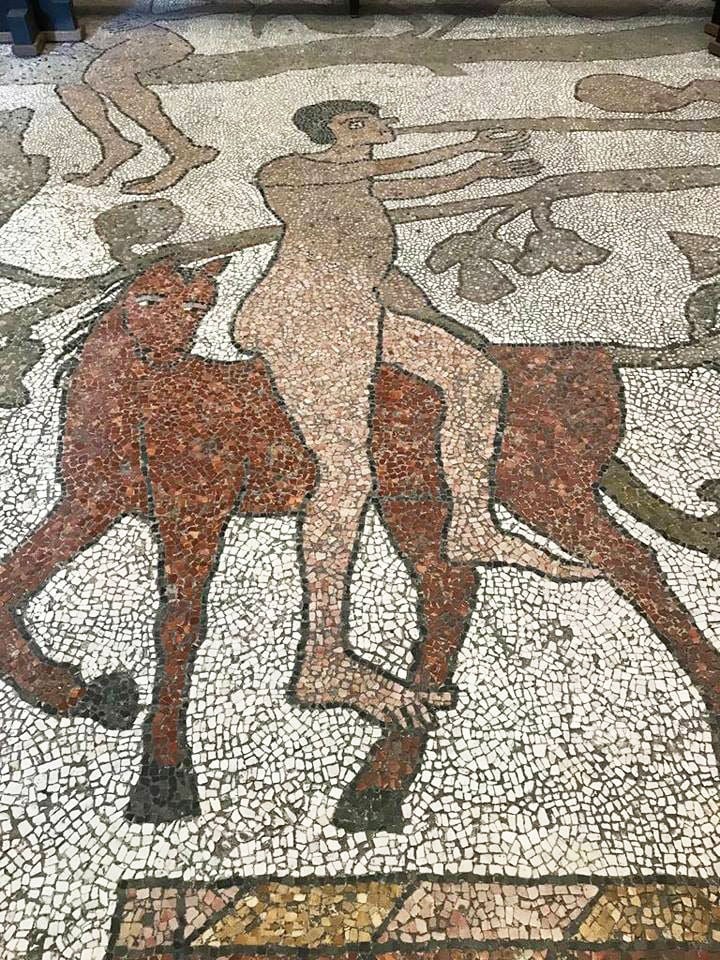 The cathedral is a fine example of Romanesque art, with a Gothic rose window and an Oriental portal.

The traces can be seen everywhere of the influences handed down by a whole host of different occupying forces.

The Aragonese Castle is a tangible sign of the presence of the Turks who occupied the city in 1480. The city managed to hold out against the invaders for two weeks, though with the sacrifice of 800 inhabitants of Otranto bolstered by their undying faith.

It was a huge blow, one that has been etched into the memory of the inhabitants ever since through the Chapel of the Martyrs inside the cathedral.

“Ida, will there be an exhibition in the Castello?”, Miriam suddenly asks, as if she could read my thoughts. 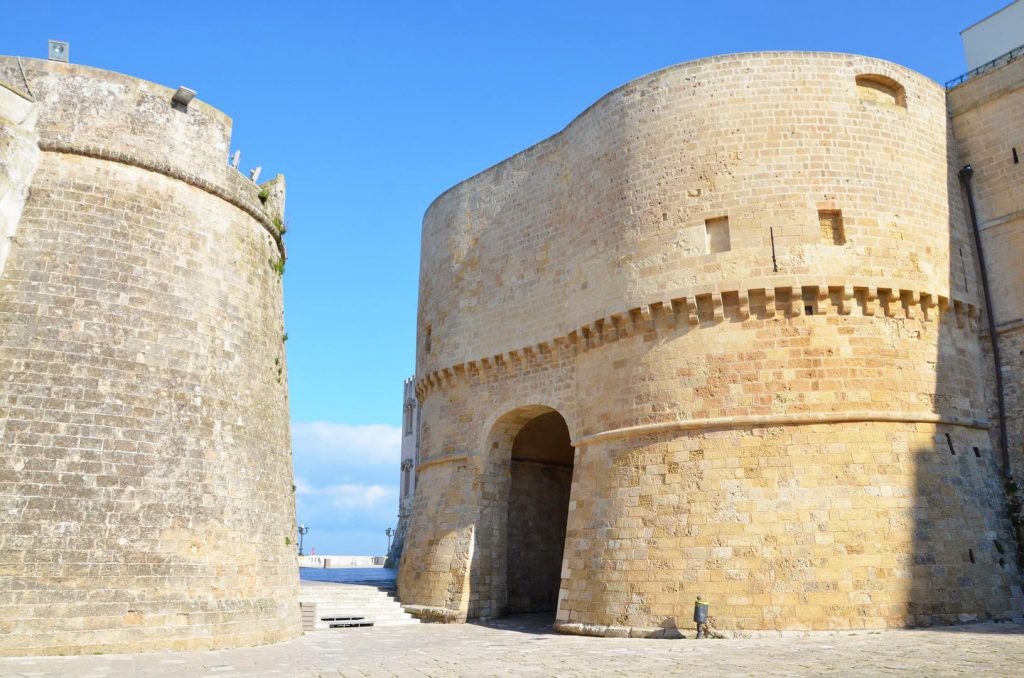 “I think so, they always have such a lot of different exhibitions and events going on; I remember once, a while ago, going to an Andy Warhol exhibition here.” I answer.

She starts taking in the roadside again, contemplating the olive trees, which I feel sure will be at the heart of her next painting. It’s a landscape that captures your attention and simply won’t let go.

I know! I’m going to take her to Baia dei Turchi, the Bay of the Turks. A beautiful day such as this deserves spectacular views like the ones from the cove they call the Salento Caribbean.

She’ll want to walk barefoot in the white sands, below the pinewood that right now will be overflowing with the fragrances of Mediterranean scrub. We’ll walk along hand in hand, and from there we’ll see the impressive city walls overlooking the blue Adriatic: that will be just the perfect time and place to ask her to marry me. 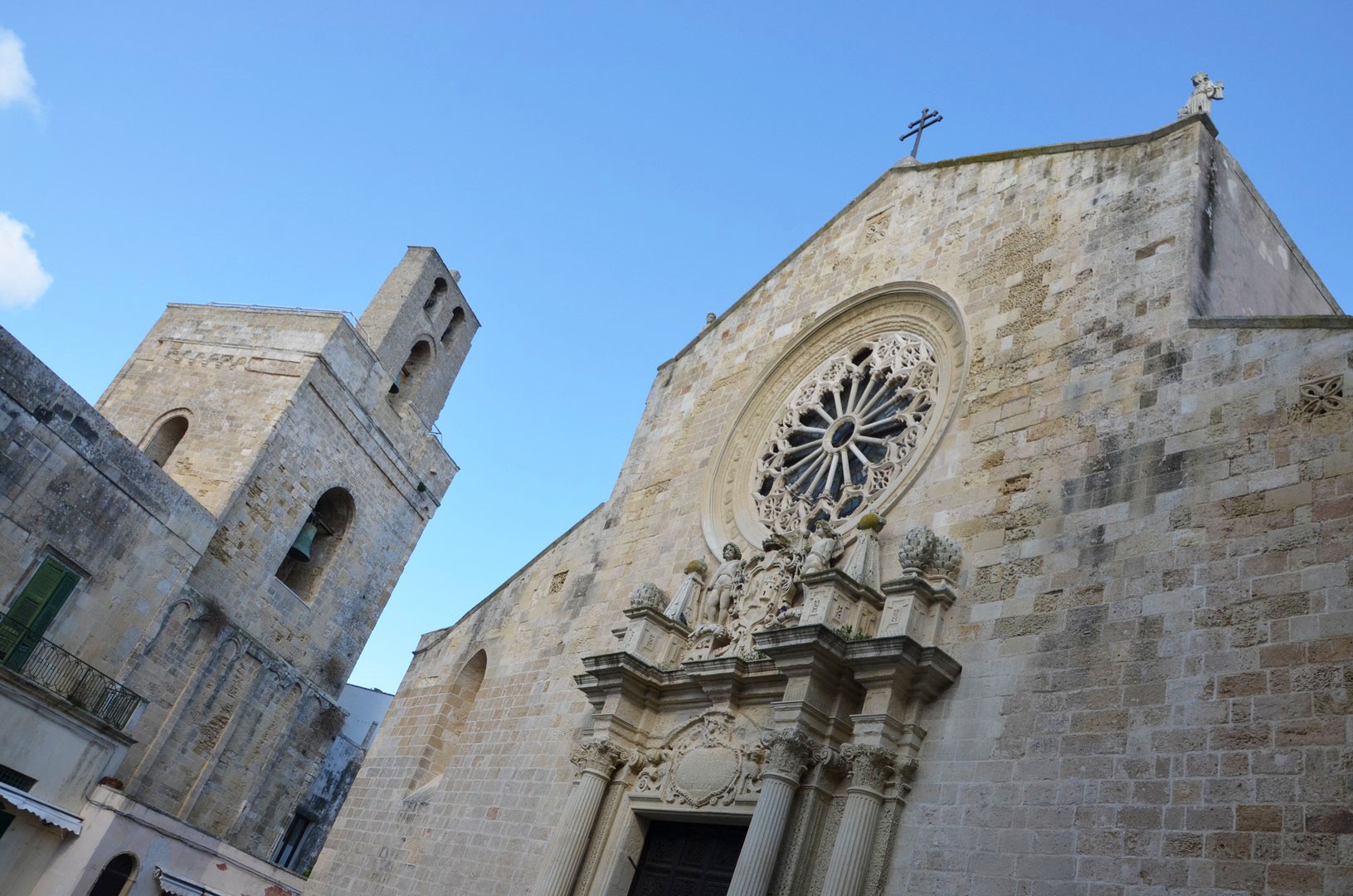 Otranto old town is charmingly characteristic: white houses flanked or separated by gardens, narrow alleys filled with souvenir shops and restaurants where you can taste the finest Apulian cuisine. We both love traditional cooking, and we’ll raise a toast for her birthday with a heady negramaro.

With its early Christian origins, this city is a jewel of history and art, one that has to be seen to be believed, as well as being a destination for a longer stay to visit the surroundings, such as Santa Cesarea Terme and Porto Badisco, the beautiful beaches at the Alimini Lakes or the rocky shorelines of Torre Sant’Andrea and Torre dell’Orso.

Otranto is quite definitely the right place to go if you’re looking to be caressed by nature and artistic beauty.